There is a despicable trend on the interwebs, one that you won’t see when talking to people in person. By talking, I mean actually TALKING, not the degenerative monologues we are seeing on main-stream media and on Facebook. This trend is the belief that s/he/it who shouts insults the loudest wins. Anyone who dares disagree with you magically becomes a Nazi, a racist, a homophobe, a fill-in-the-victim-of-the-week-aphobe-ist.

The thing that is really disgusting is that these people SAY they are against bullying, even as they use public shaming, baseless accusations, censorship, literal hate speech, and – yes – even violence to shut down anyone who even slightly disagrees. They get really frothy at the mouth if someone employs logic or science. They honestly believe that if a sensible person gives up and walks away from their intolerable screeching, they have “won” some sort of fight. They consider it a win even if they started a conflict where none existed before.

While it is comical to watch, it is dangerous to society. They are degrading decency and promoting violence all in the name of “tolerance.”

Quick reality check, folks, TOLERANCE means “the ability or willingness to tolerate something, in particular the existence of opinions or behavior that one does not necessarily agree with.”

We, the open-minded, studious, RATIONAL population of the planet challenge the rest of you to live up to your own expectations. 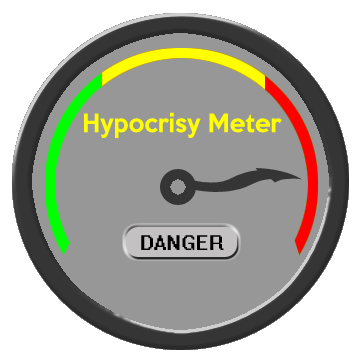