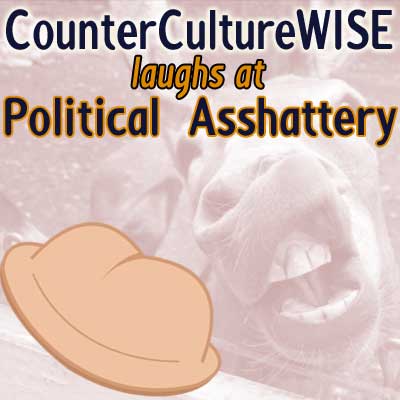 Hi Kids! This show features our special co-host, Dave Billett! If you live in the Las Vegas area and are looking for expert portrait, wedding, or special event photography, Dave is The Man! Contact us through our website and we will get you in touch with him. And now, on with the show!

This is our newest segment, and boy oh boy, do we have some PA for you this week!

Half of corporate America seems to be “cucking” to China, and the latest sellouts are the National Basketball Association. You can read more about the anti-freedom movement in this article.

We have been fans of South Park since the show’s launch over 20 years ago, and unlike some other satirical animated shows we won’t Simpson-er, mention, Matt Stone and Trey Parker refuse to bow to political BS. They gave a perfect response to Winnie the Xi’s government banning South Park for making fun of the regime. if you aren’t familiar with it, you can get a gander at it here.

New York City bans discriminatory use of ‘illegal alien,’ with violators subject to fines up to $250K

Oh, wait, should we talk about THE third-world state, Commiefornia? Needles and feces on the streets, record homelessness, and now power outages. Way to go, Socialists! You’ve turned the most beautiful state into Venezuela. Our new segment of Poetry Corner has our resident poet Wolf Zygote rapping about this in his inimitable fashion.

While we’re at it, let’s talk misuse of funds that were supposed to make the world a better place, but instead only made it worse.

United Nations, Oct 8 (IANS) UN Secretary-General Antonio Guterres has again sounded a warning that the world organisation is facing a financial crunch and may run out of funds by the end of this month.

With only 128 of the 193 member countries having paid their dues in full as of October 3, he has reportedly warned UN staffers that the organisation faced a shortfall of $230 million.

In our shared opinion, The UN is worthless and should be disbanded. It does no good to the earth, and is only a ballroom for the spoiled, puff-chested countries that want to bloviate and pontificate about less than nothing, while seizing power paid for mainly by the US. it has done nothing good for society as a whole. How has the UN helped to stop drug trafficking, slavery, or child prostitution? (spoiler alert – they haven’t even talked about these issues). Where was the UN for Sri Lanka, Bosnia, Cambodia, Darfur, or during the Rwanda genocide? Nowhere near where it was needed. I celebrate the end of the ineffective UN. Now, let’s carry on peace talks the old fashioned way, like Trump has been doing. He’s seen more success in two  years than the multi-gojillion dollar organization has in 50. May the odds be ever in your favor.

News of the weird & wonderful

Teenagers who have decent parents: that means you have chores. One of them is probably raking leaves every Fall. Here is your get out of work free card:

Searching for the ‘angel’ who held me on Westminster Bridge

I could not decide if this was weird, wonderful, or schadenfreude. (Mélanie is more concerned that she spelled that correctly the first time than she is with her mixed feelings.)

That’s why we can’t have nice things

Who knew? SpongeBob Squarepants Is A ‘Violent,’ ‘Racist’ Colonizer

…or you could go in this direction…

‘Shy and awkward’ student, 19, who googled ‘how to make a friend’ then touched a schoolgirl, 17, on her arm and waist while trying to chat to her faces JAIL after sex assault conviction

A controversial startup that charges $8,000 to fill your veins with young blood is opening its first clinic

Man ‘who pushed boy, 8, under train’ was used in campaign to promote integration

Hey remember all those stupid challences that got kids killed, like eating Tide pods or snorting condoms? Yeah…we have a new one.

Fla. Man Allegedly Offered Gator Beer —and His Own Arm