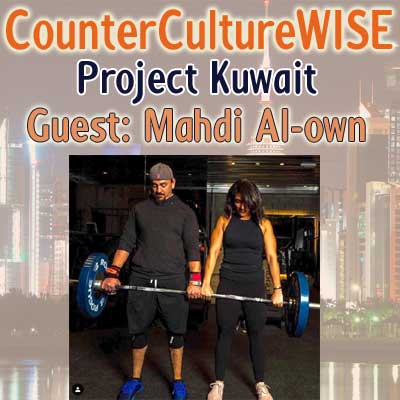 Interview with Mahdi Al-own from The Project Kuwait

The Project Kuwait podcast is a one-of-a-kind show hosted by an amazing guy with an incredible story to tell.

School Lunches – selling our children to the highest bidder

I will pay top dollar for this and never stop eating it.
Researchers Discover Seaweed that Tastes Like Bacon and is Twice as Healthy as Kale

All three furbabies say, “YES!”
You Can Now Get Jail Time For Leaving Dogs In The Snow

Go monkey!
Monkey Sharpens Rock and Uses It To Smash Through Glass Enclosure At Zoo

I remember the year my grandmother died. She was healthy and her death was totally unexpected. She had pre-ordered everyone’s Christmas presents, unbeknownst to us. Imagine the feeling of getting a Christmas present from Grandma five months after she died! I’m sure this is how many of these people felt:
Mysterious wave of texts leave Americans extremely confused

Marijuana reviews site wants to pay you $36,000 a year to smoke weed every day

The management at CounterCultureWISE are strong proponents of equality, thus the following segment will be completely devoted to Florida WOMEN

Wrinkles & Whiskers
That’s why we can’t have nice things