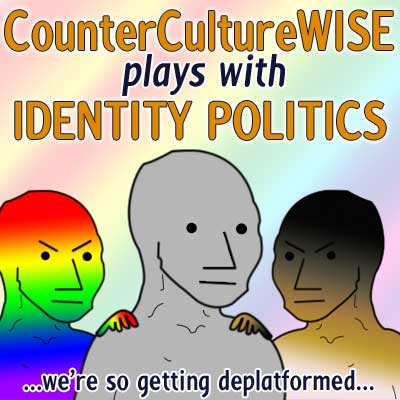 We hope you had a great Thanksgiving weekend.

We open with ads making fun of Joe Biden. We swear, this stuff writes itself! In between, Max interviews Chris “Fredo” Cuomo again. (Check out the animation on our BitChute and YouTube pages!) If you like our work, please consider donating to us through our website or making a purchase at our store. Thank you!

Melanie got to sing the National Anthem for the UNLV Women’s Basketball game on Saturday. I (Jim) think she did an amazing job. We stuck around for the game, and had a great time. The Lady Rebels are a great team!

Jim…finished…National…Novel…Writing…Month…(crash) 50,000 words. Mostly on a typewriter (oy).  So he gets to have his typewriter refurbished and avoid probing questions from his wife on the show!

From our old stomping grounds

This is what cancel culture has wrought

A new segment? History Lessons you never got in school

Amazon removes Christmas ornaments with images of Auschwitz from its website

Oregon woman finds cougar in living room, says telepathy helped her get it out

When I (Melanie) was in high school I learned a new term anti-vivisectionist. I could not bring myself to kill and put up an animal just to study it. I had the best biology teacher ever, he told me that if I could pass the test he would never make me kill an animal for class. I got an A in that class. This is wonderful news and I hope it catches on!

This is indeed wonderful – a fresh breath of sanity!

Rescuers Take In An Abandoned Rabbit Clinging To Its Teddy Bear

Woman Needs Her Ass Amputated After “Enhancing” It With Illegal Injections

It is not OK to be white

Substitute teacher is fired after she tells a classroom of fifth graders that ‘homosexuality is a sin’ after a boy, 11, said he is thankful that he will be adopted by Dancing With The Stars pro and his husband

Dog left alone in car drives in circles for an hour

Florida Man Found Sitting On Families’ Roof in His Underwear, Has No Idea How He Got There

That’s why we can’t have nice things
Predictions, Good News, and Darwin