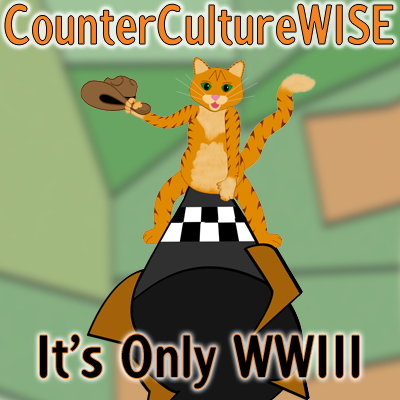 Join us as we get one day closer to our inevitable doom. We will have some fun on the way to the showdown, with Chuck giving us the lowdown and a Weird and Wonderful hoedown!.

We have been shut down by these people for the last time. We are effectively leaving YouTube, as they are enemies of free speech and mouthpieces for Big Government, Big Pharma, and Big Ag. They are light years removed from what they started out being, and we are all the worse for it. We will soon be taking down all of our videos on YT, and referring viewers to Rumble and BitChute, where we are experiencing good growth. We will also be posting some videos to Brighteon.

We no longer feel that the effort we have put in to our YouTube channel is paying off. We have documented proof that we have been shadow banned, as well as getting warnings and shutdowns for reasons that are suspect, to put it nicely. So long, ding dongs.

We review the events of the worst night in Las Vegas history. We say some stuff that would get us banned off of YouTube, if we cared enough to post our shows there anymore.

Don Lemon steps down, as does Trevor Noah

This is what happens when you put your agenda ahead of your job. Buh-Bye.

This is great stuff.

US Woman Sends “Edible Resume” Printed On A Cake To Nike

Drinking 3 cups of coffee a day is linked to a longer lifespan, according to a huge new study

Holy Crap, This is Actually Happening!

Chuck spends a good amount of time drinking and smoking, because of the things he has been reporting on. Tune in to find out whay he is slowly going insane. 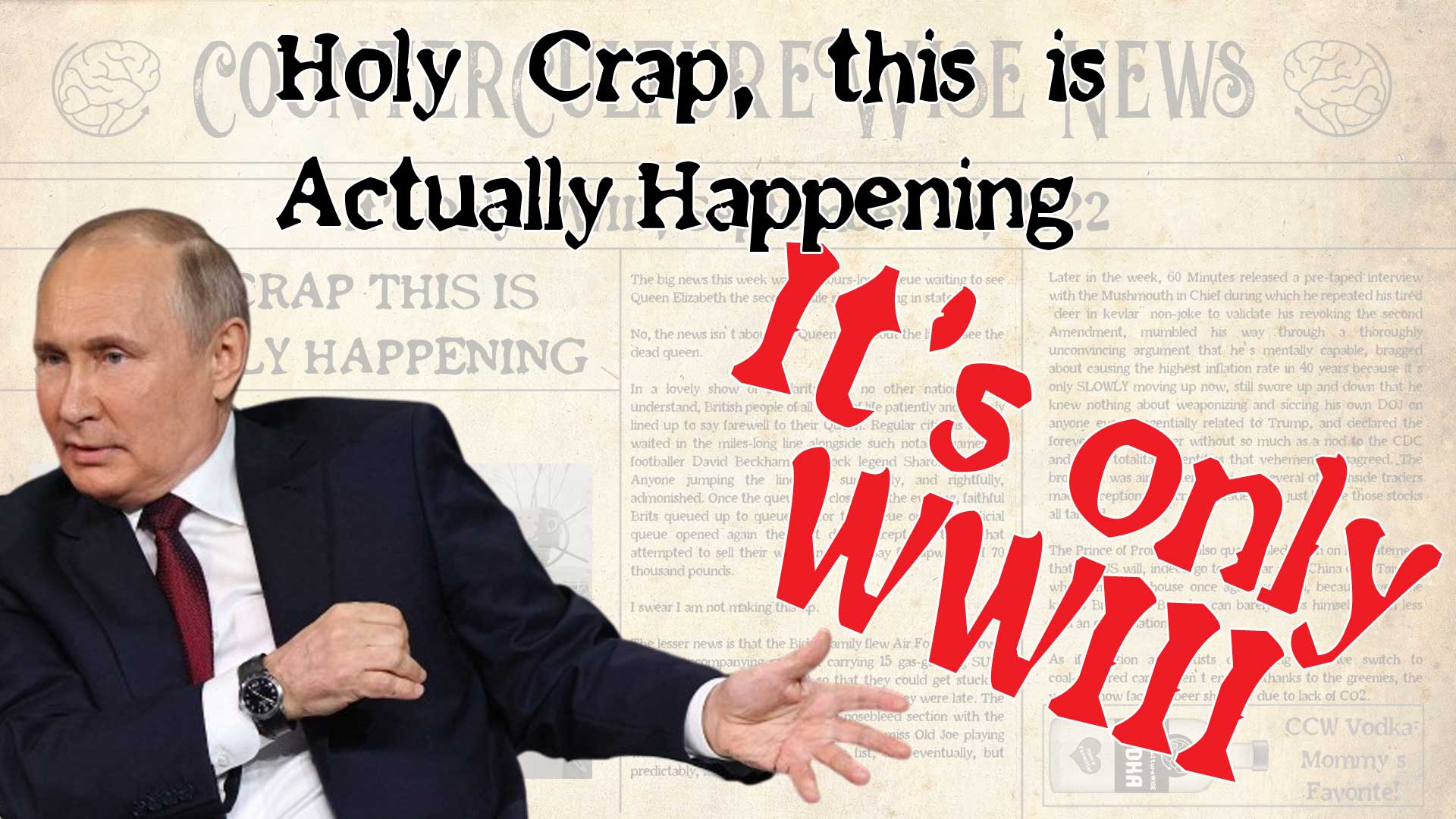 ‘She was 12, I was 30’: Biden leaves viewers stunned in teachers speech

Facebook shuts down 100,000-member group for using carrot emoji to refer to covid vaccines, because no discussion of vaccine injuries shall be allowed

What is the origin of the Christian fish symbol?

Lessons Learned From The French Underground

For CCW News, this has been Holy Crap, This is Actually Happening.

Good night, and may God help us. 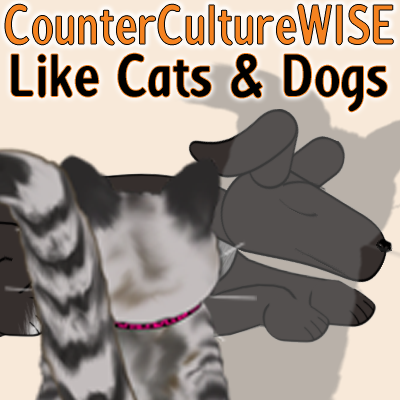 This week, Jim is beginning a new career as a trainee fior Christian Care Ministry, the nation’s largest health care sharing community. We will be talking more about the benefits of this plan in the coming weeks. For now, we’re just celebrating Jim finding a career path that matches his strengths, and gives him an opportunity to share his faith.

Rolling Stone, of course, sees killing the kid as a wonderful thing. We need to talk about this.

She Wanted An Abortion. Now The Embryo Is Suing Her Doctors

Billionaire bunkers: How the world’s wealthiest are paying to escape reality

Deer rescued from mesh hammock in the Florida Keys

Alligator floats along the lazy river at Illinois water park

Seal leaves Massachusetts pond after about a week

Actually, why are we waiting for an excuse to use this?

Welcome to the New World Order

A Tesla owner says he was locked out of his electric car after the battery died — an issue that he says would cost over $20,000 to fix

Nuclear War ‘Already a Given’ Says Russian TV: ‘Everyone Will Be Destroyed’

This is Why we Can’t Have Nice things

A Federal Judge Has Ordered the Release of More Than 100 Patients From the State’s Locked Psychiatric Hospital. No One Is Sure What Happens Next.

This is actually hilarious. The left literally doesn’t want what it wants and will burn down cities to not get what they demand.

Atlanta wants to build a massive police training facility in a forest. Neighbors are fighting to stop it

Holy Crap, This is Actually Happening!

Joe is a creeper, Stacey’s a *BLEEP*er, Recharging your car in the UK will make you a weeper.

A Boy With Cancer Asked To See Monsters. 1,000 People Showed Up In Costumes

Three of their four kids are losing their vision. So, they’re going on a year-long world tour to make visual memories, before it’s too late 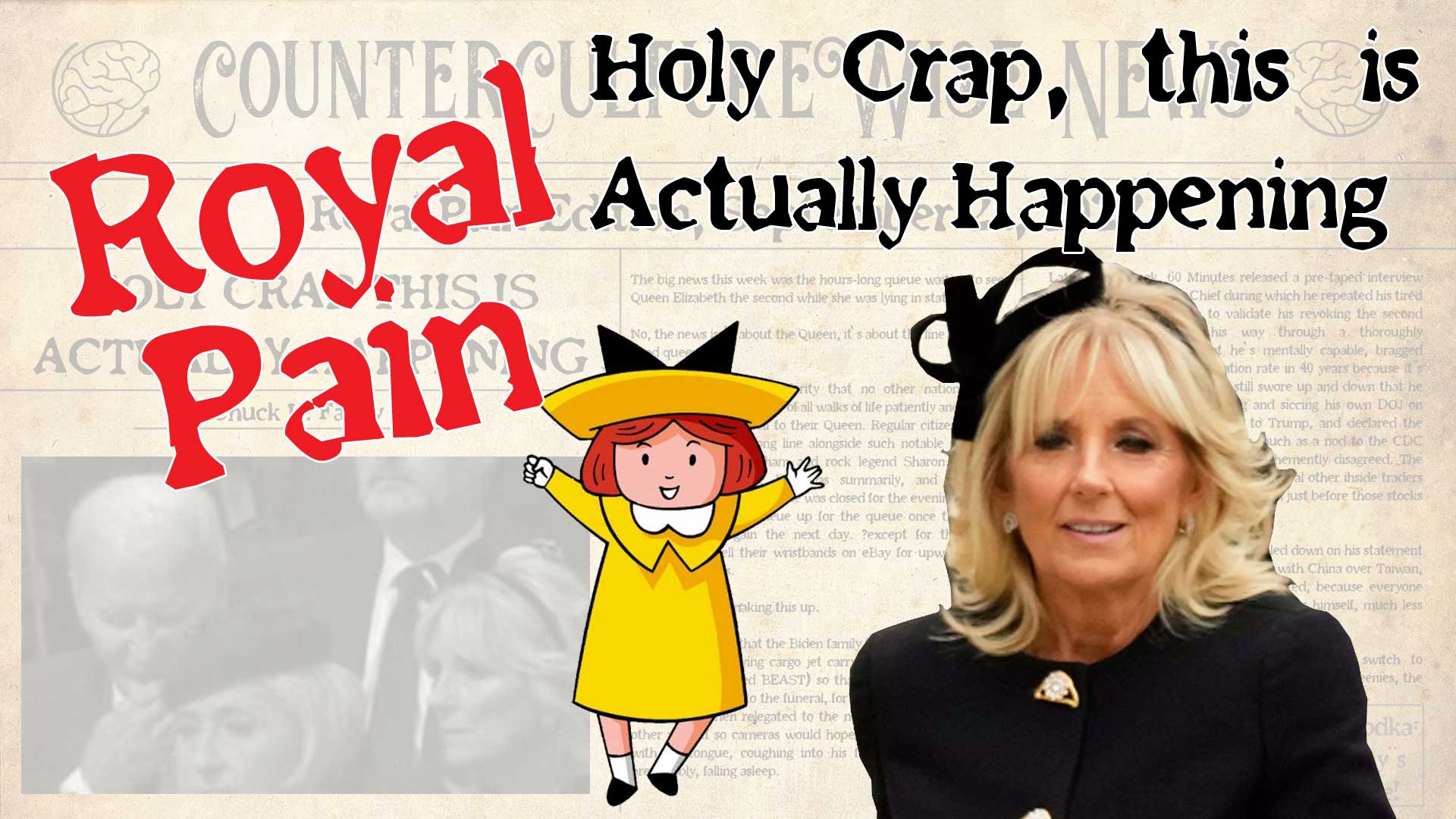 The big news this week was the hours-long queue waiting to see Queen Elizabeth the second while she was lying in state.

No, the news isn’t about the Queen, it’s about the line to see the dead queen.

In a lovely show of solidarity that no other nation would understand, British people of all walks of life patiently and politely lined up to say farewell to their Queen. Regular citizens calmly waited in the miles-long line alongside such notable names as footballer David Beckham and rock legend Sharon Osborne. Anyone jumping the line was summarily, and rightfully, admonished. Once the queue was closed for the evening, faithful Brits queued up to queue up for the queue once the official queue opened again the next day. …except for those that attempted to sell their wristbands on eBay for upwards of 70 thousand pounds.

‘We’re Part of History’: An Overnight Wait to Bid Farewell to Queen Elizabeth

The lesser news is that the Biden family flew Air Force One over with an accompanying cargo jet carrying 15 gas-guzzling SUVs (including the famed BEAST) so that they could get stuck in traffic on their way to the funeral, for which they were late. The Bidens were then relegated to the nosebleed section with the other riff raff so cameras would hopefully miss Old Joe playing with his tongue, coughing into his fist, and eventually, but predictably, falling asleep.

Later in the week, 60 Minutes released a pre-taped interview with the Mushmouth in Chief during which he repeated his tired “deer in kevlar” non-joke to validate his revoking the second Amendment, mumbled his way through a thoroughly unconvincing argument that he’s mentally capable, bragged about causing the highest inflation rate in 40 years because it’s only SLOWLY moving up now, still swore up and down that he knew nothing about weaponizing and siccing his own DOJ on anyone even tangentially related to Trump, and declared the forever pandemic over without so much as a nod to the CDC and other totalitarian entities that vehemently disagreed. The broadcast was aired after Pelosi and several other inside traders made exceptionally lucrative trades, and just before those stocks all tanked.

The Prince of Profundity also quadrupled down on his statement that the US will, indeed go to hot war with China over Taiwan, which the Whitehouse once again negated, because everyone knows Braindead Brandon can barely dress himself, much less lead an entire nation.

Moderna, BioNTech, and Novavax plunge after President Biden says the COVID-19 pandemic ‘is over’

As if inflation and elitists demanding that we switch to coal-powered cars weren’t enough, thanks to the greenies, the world is now facing a beer shortage due to lack of CO2.

Speaking of greenhouse hysteria, in the great Communist utopia of California, climate change was blamed for a mass fish die off in the San Francisco harbor. California is known for blaming everything on climate change, from their ever increasing homeless population to governor Newsom’s need to wear a parka in his frigid office while telling people to turn off their air conditioners during heatwaves.

When scientists stopped virtue signaling and actually investigated, it was found that the algae bloom was caused by an overabundance of human waste, much of which emanated from Newsome’s speeches.

Elites in Martha’s Vineyard, a well-known sanctuary city, were so upset at the 50 — YES, FIVE-ZERO — immigrants who sought sanctuary there, that they called the National Guard and had them immediately deported to a military prison…er…nearby Army base. The 50 illegal immigrants represented zero point zero zero zero one percent of the number of invaders the Biden cabal forces on border states each DAY.

The only thing liberal elites hate more than being inconvenienced is actually getting what they ask for.

Of course, liberals rushed to file lawsuits against Florida, Texas, and Arizona, claiming that the migrants were “tricked” into being relocated and were treated as political pawns because the three governors were flying and bussing dozens of them to other parts of the country in broad daylight, instead of thousands of them under cover of night, like the Biden regime has been doing since day one.

At the Lagos airport, Nigerian customs officers became suspicious of a group of 16 bags because of their foul odor. Upon investigating, the authorities reportedly intercepted 7,000 smuggled donkey penises heading for Hong Kong.

The FBI, otherwise known as King Brandon’s personal Gestapo, has such an abysmal track record that they’ve begun to desperately invade, interrogate, and seize the belongings of anyone they can get their mitts on, no matter how ridiculous the charges. This week, FBI officers confiscated MyPillow CEO Mike Lindell’s cell phone outside of a Hardee’s burger joint, based on a warrant that cited, QUOTE “authorization or lack of authorization to damage or modify any Dominion computerized voting system.” END QUOTE, because — as we’ve all been told ad nauseum — the world’s most free, fair, and SECURE election could absolutely, positively not — I repeat NOT — be affected by any outside influencers, particularly a pillow pusher on his iPhone, so they had to confiscate said phone. It should be noted that Lindell is currently embroiled in a 1.3 billion dollar lawsuit with Dominion because he hurt their feefees.

MyPillow CEO Mike Lindell claimed the FBI seized his phone outside a Hardee’s: ‘My hearing aids run off this!’

A judge has rejected MyPillow CEO Mike Lindell’s appeal to dismiss Dominion’s $1.3 billion lawsuit against him

Thanks to the Biden cabal’s endless vicarious war with Russia, Putin has called up another 300,000 soldiers and is now threatening both the US and Europe with nuclear war. Biden directly addressed this threat by creepily whispering, “Don’t. Don’t. Don’t,” a plea that any warmongering dictator would respect. Putin has no fear of retribution from what was once the strongest nation in the world because, when the current leader of the once-free country isn’t giving satanic hate speeches condemning half his subjects, he’s sending billions of their tax dollars overseas to continue wars that destroy the economy further so that he has to raise our taxes so that he can send more of them overseas. Lather, rinse, repeat.

Putin Calls Up More Troops as His War Effort Falters 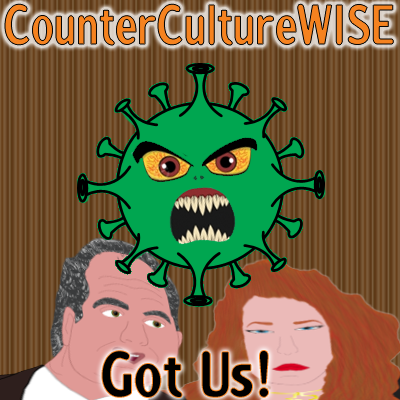 The Ooga Booga Bug still has us by the, uh, throats, but that won’t stop us from giving you another evening of high-quality entertainment! Welcome to CounterCutureWISE

Puerto Rico is 100% without power as Hurricane Fiona touches down

The assault on Martha’s Vineyard continues

Martha’s Vineyard Residents Begged for Mass Immigration Until Migrant Flights Arrived: ‘They Have to Move’

Why one Alabama town erects monuments to the boll weevil

A Virginia man thought he won $600 on a scratch-off. When he went to cash it in officials told him it was actually $1 million.

A classic from thr vaults.

Welcome to the New World Order

This is Why we Can’t Have Nice things

If you’ve never seen this, you owe it to yourself:

The Bit with the Ducks (James Veitch is a terrible roommate)

Officers Discovered A Noise Complaint Was A Girl Celebrating Her Quinceañera. So, They Helped Her Celebrate 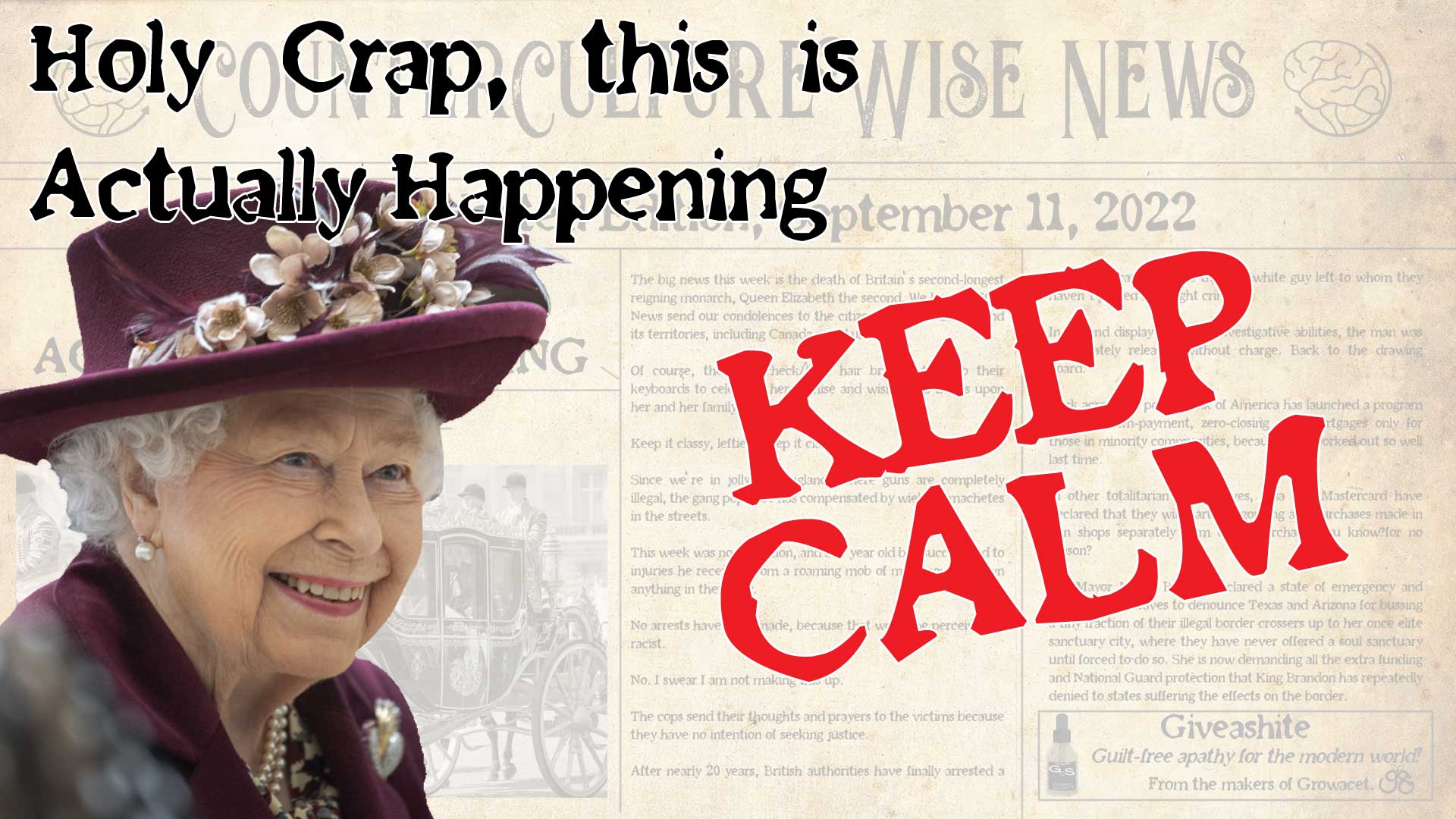 Boy, 17, dies and another fighting for life after street fight involving ‘mob of men with machetes’

2008 all over again? BofA just launched a test of zero-down-payment, zero-closing cost mortgages for minority communities